Geneva, May 13, Cuba condemned the economic, financial and commercial blockade imposed on the country by the United States for more than 50 years, citing it as the principal obstacle to the fulfilment of the country’s Right to Development. The aggression persists and intensifies, constituting a massive, flagrant and systematic human rights violation, stated Cuban representative Alejandro Castillo.

During the 15th session of the Working Group on the Right to Development, Castillo commented that to justify the blockade, the U.S. government employs various political strategies, including the absurd and unjustifiable designation of Cuba as a state sponsor of terrorism. 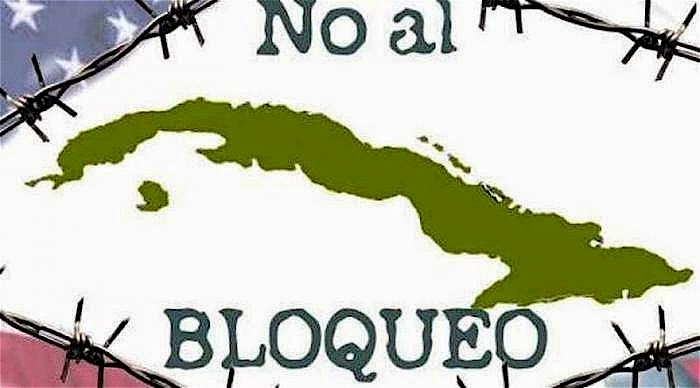 Castillo also emphasized Cuba’s strong rejection of the manipulation of an issue as sensitive as international terrorism, in an attempt to convert it into a political tool used against Cuba and to justify the blockade.

Castillo demanded that Cuba be definitively removed from the spurious, unilateral and arbitrary list which constitutes an affront to the Cuban people and demanded that the U.S. lift the blockade, as the international community has called for. Since the imposition of the blockade in 1962, until April 2013, the economic damage inflicted on Cuba has exceeded one trillion dollars. During his speech Castillo stated that almost 30 years after the creation of the Declaration on the Right to Development, the issues continues to be a priority for many countries, including Cuba.

The global economic crisis that is currently affecting all nations, the negative impact of neo-liberal globalization, the protective barriers implemented by rich countries and unequal exchange, are some of the obstacles that, at an international level, threaten the realization of this right, commented Castillo. He also stated that if there were political motivation from industrialized nations they could, quite easily, effect a big change for billions of people.

The activities of the Working Group on the Right to Development, a subsidiary body of the United Nations Human Rights Council, will continue until May 16, with the participation of representatives from all over the world. (PL)