Geothermal energy in the Caribbean: Energy security or political play?


At a time when the world is experiencing an energy crisis, the process of rising heat from the earth as a stimulant to economic growth becomes very beneficial to many Caribbean nations. However, while many contemplate that geothermal energy is an ambitious opportunity to utilize wealth and recognition among member states and international markets, the financial challenges associated with it are many and varied, and now beckons the need for international ‘tenders’ to promote the sound development of the project. 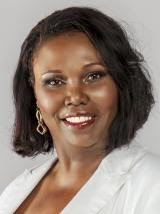 Whereas detractors continue to charge that the harnessing of geothermal energy in the Caribbean could have a negative impact on the carbon footprint through deforestation, the release of hydrogen sulfide and the disposal of toxic geothermal fluids into the atmosphere; evidence also point to the fact that geothermal is the best type of renewable energy in terms of cost, efficiency, and safety.

Scientific evidence further illustrate that geothermal energy is a major factor in combating the adverse effects of climate change in the Caribbean. Geothermal energy doesn’t produce any type of greenhouse effect, and does not consume any energy since it’s renewable energy and there is no consumption of any type of fossil fuels.

In all truism, geothermal energy in the Caribbean have the prospective to address economic development, climate change mitigation, and stipulation of affordable energy and should be listed on the United Nations Millennium Development Goals (MDG) as an alternative to poverty reduction and to energy security.

Yet, unethical clouds smudge the dust for action and solutions.

So what if anything should Caribbean government’s make of the financial challenges facing geothermal energy? For one, Caribbean islands are now locked in long term contracts that have no incentive for power producers to develop more economic methods in order to maximize benefits.

Market research reports that “electrical supply across much of the Caribbean is generated by expensive and polluting oil- or diesel-fired generators and millions of dollars are spent on fossil fuel imports.”

Economic analysts further state that “it is the high cost of energy that presently paints the un-competitive business portrait for the Caribbean on the international market. Dependency on imports of foreign fossil fuel affect the balance of payment and contribute toward micro and macroeconomic challenges, such as inflation, increased cost (and loss of competitiveness) of local industry, depreciation pressures, and further external indebtedness.”

In essence, “the future of geothermal energy in the Caribbean “is very bright,” but Caribbean governments cannot undertake the project solely admits Sturla Birkisson, senior vice president at Iceland Drilling Company. In this light, government money and international funds are needed to mitigate the financial risk and cover the initial costs in the form of soft loans in case exploratory projects prove unsuccessful.”

Energy Sector Management Assistance Program (ESMAP) of the World Bank published report further states that “the main challenges associated with the development of geothermal energy generation in the Caribbean includes the financial resources needed to confirm the resource potential of specific sites, financing of exploration, production and injection wells, and power plant development. The legal and regulatory framework, the lack of a comprehensive inventory of geothermal resources with high quality data, environmental and social impacts, and power sector planning are also other adversary factors.”

As a result, if financial measures are to be met in the cultivation of geothermal energy, then Caribbean governments will “need to develop resources themselves, or negotiate a fair price with a responsible developer that puts some value to the community and supports the growth of it and stimulates its development.”

Given these circumstances, the most dramatic illustration of the financial challenges of geothermal energy now shines light on the Caribbean island of Dominica. With the highest percentage of renewable energy in its energy mix among Caribbean nations, it would take an exceptional scale of energy tone deafness not to mention the Skerrit administration energy policies.

Even for a government that now boast that it has spent more than $US12 million in developing the geothermal industry on the island, and has sought the advice of the Clinton Climate Initiative, and presented the project as one of its theme at the sixty-seventh session of the United Nations General Assembly; it still fails to show the political will and leadership to enlarge and diversify the ‘portfolio of options’ that geothermal energy entails.

Subsequently, the project lies crippled in cronyism and unprofessional conduct.

Perhaps proponents may want to evidence leaked diplomatic cable released by Wikileaks that allege the United States embassy in Barbados is unfavorable to the government of Dominica’s plan on moving forward in developing the island’s geothermal potential, but if as the Dominica prime minister asserts that “one of the weaknesses of Renewable Energy (RE) initiatives and Efficient Energy initiatives (EE) in the Caribbean is the lack of projects to demonstrate the benefits,” then, the harnessing of geothermal energy cannot continue to be cloaked in secrecy and locked in a partisan political play.

In order to maximize the benefits of geothermal energy in the Caribbean, it is clear, that bi-partisan efforts and inputs from environmentalists and consultants are needed to help government negotiate a fair price with international developers.

Progressively, the long-term needs of energy security in the region is now of high importance and at this point, Caribbean governments should seek to develop an “integrated project management solution” and a systematic review and re-examination of geothermal resources for energy production. It would not only help in meeting the ongoing energy crisis in the world at large and boost the national security of many Caribbean nations, but it will also become a valuable alternative energy source for future generations.

Thus, it is now evident that the answer to wealth and recognition for many Caribbean nations lie beneath.

Caribbean News Now
Posted by webcrat at 7:25 AM