The Securities Commission of The Bahamas once again corrects material misstatements made by Mr. John J. Ray III, the representative of the U.S. FTX debtors (“Chapter 11 Debtors”), in both the press and court filings 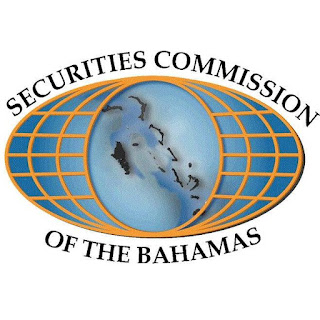 Nassau, The Bahamas, Monday 2 January 2023 – The Securities Commission of The Bahamas must once again correct material misstatements made by Mr. John J. Ray III, the representative of the U.S. FTX debtors (“Chapter 11 Debtors”), in both the press and court filings.

On 30 December 2022, the Chapter 11 Debtors publicly challenged the Commission's calculations of the digital assets which were transferred to digital wallets controlled by the Commission on 12 November 2022 for safekeeping in the exercise of its powers as regulator acting under the authority of an Order made by the Supreme Court of The Bahamas.

The US Debtors’ continued lack of diligence when making public statements concerning the Commission is disappointing, and reflects a cavalier attitude towards the truth and towards The Bahamas that has been displayed by the current officers of the Chapter 11 Debtors from the date of their appointment by Sam Bankman-Fried.

Previously, Mr. Ray made public statements alleging that the Commission gave instructions to “mint a substantial amount of new tokens.”  These statements were made in a court filing on 12 December 2022, without evidence, and then made again under oath, on 13 December, before the United States’ House Financial Services Committee.

Statements suggesting that Bahamian officials directed FTX employees to mint USD300 million in new FTT tokens were widely reported by the international press.  Such unfounded statements have the impact of promoting mistrust of public institutions in The Bahamas.

The Commission addressed the process by which it took possession of digital assets under the custody or control of FTX Digital Markets Ltd. (“FTXDM”) or its principals, both in a court filing and, its statement of 29 December 2022.

The Chapter 11 Debtors have also alleged that the digital assets controlled by the Commission in trust for the benefit of customers and creditors of FTXDM were stolen, without providing any substantiated bases for such claims, particularly, as to their claims to ownership of the assets.

Per US Debtors’ own court filings, they appear to recognise that there are disputed claims to those assets.

As the Chapter 11 Debtors' own filings reveal, Ryne Miller, General Counsel of FTX US, stated "As long as it's custodied somewhere safe, we can sort it out as the time goes."  Mr. Miller correctly recognized what the Commission recognized at the time: that it was vital that assets be custodied somewhere safe to secure those assets, and allow any disputed claims to those assets to be resolved at a later date.

Mr. Ray has not once reached out to the Commission to discuss any of his concerns before airing them publicly.  The Commission has still not received a response to its 7 December 2022 letter to Mr. Ray offering cooperation with Chapter 11 Debtors.

The Commission is extremely concerned that its investigation (particularly the gathering of critical supporting evidence) is being impeded by the Chapter 11 Debtors’ insistence on not allowing the Court Supervised Joint Provisional Liquidators access to FTX’s AWS system.

The Commission notes that proceedings being conducted by the authorities in relevant jurisdictions should have the dual aim of pursuing justice and ensuring that all customers and creditors of FTX be made whole, with the support and cooperation among supervisory authorities in each country.

To this end, the Commission hopes that the Chapter 11 Debtors proceed with these matters in good faith and the best interest of customers and creditors of FTX.

Prior releases issued by the Securities Commission of The Bahamas may be viewed at: https://www.scb.gov.bs/media/newsroom/media-releases/.