For people living in remote areas, where access to paper money can be difficult, Central Bank Digital Currencies, CBDCs could be a game changer - especially in cases of natural disasters 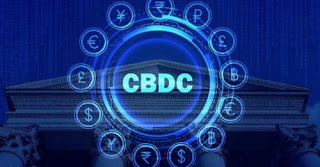 One of the countries taking the lead in Central Bank Digital Currencies - CBDCs is The Bahamas.  In October 2020, it issued the Sand Dollar, becoming the world’s first country to create a digital version of its traditional currency.  This represents a direct liability for the central bank and is backed by international reserves.

Is There a Future for Digital Currencies Issued by Central Banks in Latin America and the Caribbean?

Boosting financial inclusion has long been essential in Latin America and the Caribbean, where more than 200 million people lack access to financial services and large numbers of citizens are unable to open a bank account because of poverty, geography, discrimination, and lack of proper identification.

Alternative systems, however, could be transformative.  They could be crucial in a region where greater financial inclusion can help combat poverty and inequality and promote savings and investment.

One potential solution lies in what are known as central bank digital currencies (CBDCs).  In dozens of countries around the world, central banks are weighing the possibility of issuing their own digital currencies that would not only promote financial inclusion and reduce the costs of financial transactions but preserve the crucial role of monetary authorities in managing the economy.  By creating digital records of transactions, they would bring more citizens into the tax system, aid in the distribution of social welfare payments, and help combat money laundering and other illegal activities that can occur with unregulated cryptocurrencies.  For people living in remote areas, where access to paper money can be difficult, CBDCs could be a game changer, especially in cases of natural disasters.

The Bahamas Takes the Lead

One of the countries taking the lead is The Bahamas.  In October 2020, it issued the Sand Dollar, becoming the world’s first country to create a digital version of its traditional currency.  This represents a direct liability for the central bank and is backed by international reserves.  To use Sand Dollars, businesses and individuals must enroll in an authorized financial institution. Their digital currency is then stored in an eWallet that can be accessed through a mobile phone application or a physical card.  It is safer than cash, easy to use, carries no transaction fees for individuals, allows for faster transactions, and creates a record of income and spending that can be used as supporting evidence for micro-loan applications.

As one of the first official retail digital currencies in the world, the Sand Dollar has had its share of challenges.  The central bank has had to ensure the interoperability between service providers and commercial banks, including the guarantee that the digital currency can always be converted to cash if the need arises.  It has also had to create measures to ensure cybersecurity and data privacy and develop a vast infrastructure of digital support.  Efforts to educate the population on how to use the new currency, as well as to trust it, are ongoing.  The fact that less than 1% of transactions through the central bank currently involve Sand Dollars means that the government still has to meet the challenge of adoption.

As of June 2022, several countries had officially launched their CBDCs, with nine of them in the Caribbean—The Bahamas, Jamaica, and all the Eastern Caribbean Currency Union members, except Anguilla, which was in the pilot phase.  Within the region, Belize, Brazil, and Haiti are currently developing CBDCs, while many other countries are in the research phase.

All of this indicates a potentially promising future for digital currencies backed by central banks in a region where boosting financial inclusion is crucial for prosperity.  The fact that CBDCs can remove barriers of access to the financial system, increase the speed of financial transactions, reduce their cost, and give governments a powerful tool to increase tax revenues and make welfare payments, indicates that their day may have come, even if the use of cash, as well as debit and credit cards, is likely to continue.