The Cuban Identity In Cuba

Save Cuba From Capitalism

The most revolutionary thing today is to be anti-capitalist 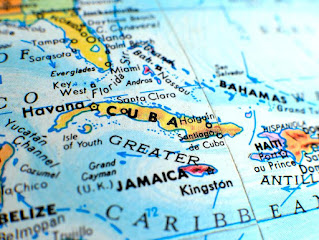 October 10 materialized, in the same cry of rebellion, the most revolutionary spirit of the times.  It had its first expression in the call for unity that has mobilized Cubans ever since: unity for a free nation against any form of foreign domination.

At that time, in the very heart of the sense of our budding identity, took shape the hardest of all the contradictions we have had to work out as a people, which has marked the course of our history until today: between the will to be masters of our destiny and the temptation to be in the image and likeness of the empire; first Spain, then the United States, fulfilling the destiny of a colony that they have traced for us.

Today, under a new appearance, the dilemma is the same.  The greatest threat to a country like Cuba is not only the interference policy of the United States and its desire to dominate our economy in the same terms as 60 years ago. Circumstances have changed and the world has been reconfigured since then.  The fundamental risk that we face, together with the other peoples of our region, is the advance of capitalism with giant steps.  It puts at risk our sovereignty and survival.

With the granting of unrestricted freedom to the market, characteristic of the neoliberal model, a new type of colonialism operates, through the mechanisms of coercion exercised by international financial organizations, such as the International Monetary Fund, on national economies, demanding the imposition of structural reforms that facilitate transnational corporations the unlimited exploitation of the natural resources of our territories (here in the South) and of the labor force, in almost slave-like conditions.

The uncontrolled privatization of strategic sectors that provide key services to the population, the reduction of public spending, the precarization of working conditions, the withdrawal of the State from its responsibilities for welfare and social security, the criminalization of anti-capitalist social movements and a long list of abuses, represent now the greatest danger to the sovereignty of the former colonies.

There are those who are dissatisfied with Cuba's present, because they would like the changes to lead, once and for all, to the development of a good capitalism, as if that were possible (especially for the most vulnerable), or they want us to make concessions so that our neighbor forgives us and welcomes us back into its tutelage, as if that were worthy.

Those of us who do not want to see a history of rebellion turned into submission and abysmal social differences are not satisfied with Cuba's present either.  The only difference is that we understand that, in order to sustain the freedom bequeathed to us by our heroes and to achieve a progress that does not leave out any Cuban, the path must continue to be anti-imperialist.  The only way to be consistent with the legacy of the founding fathers is to try to save it from capitalism, to the last consequences.