Amnesty International Says: The Biden administration must grant Haitians access to asylum in US territory

Haitians fleeing their country amidst a humanitarian and human rights crisis should be welcomed and have the right to seek safety in the USA without discrimination
Erika Guevara-Rosas, Americas director at Amnesty International 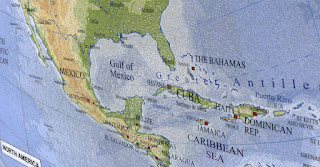 In response to unconfirmed reports that the Biden administration is considering holding Haitian asylum seekers in a third country or expanding capacity at an existing facility at the US detention center at Guantánamo Bay, Cuba, Erika Guevara-Rosas, Americas director at Amnesty International said:

“Haitians fleeing their country amidst a humanitarian and human rights crisis should be welcomed and have the right to seek safety in the USA without discrimination. They must not be held in a third country or a US navy base infamous for unlawful and indefinite arbitrary detention and torture.”

“Amnesty International has demonstrated that successive US governments have tried to deter Haitian people from claiming asylum in the United States through the application of policies designed to intercept, detain, and remove them, starting in the 1970s and continuing with Title 42.  Their tactics have included unlawful pushbacks at sea, mass detention, torture or other ill-treatment, and expedited removal proceedings with deficiencies in individualized screenings.  In the 1990s, for instance, US authorities shamefully detained Haitian asylum seekers living with HIV in camps in Guantánamo Bay.  Similarly, between September 2021 and May 2022 alone, the USA expelled more than 25,000 Haitians, many under Title 42.  The Biden administration has only reinforced harmful historical tendencies which have stereotyped Haitians as bearers of disease, standing to further stigmatize and discriminate Haitians based on their race and nationality.”

“It is time for the United States to put a stop once and for all to this discriminatory treatment and make sure that Haitian asylum seekers have access to US territory and due process without discrimination to exercise their rights to seek asylum, including individualized assessments of their international protection claims.  The ongoing operations at the Guantánamo Bay naval base are already marred with horrendous human rights violations, and Amnesty International has long called for the detention facility to be shuttered for good.  The United States must refrain from using this site to commit more abuses.”